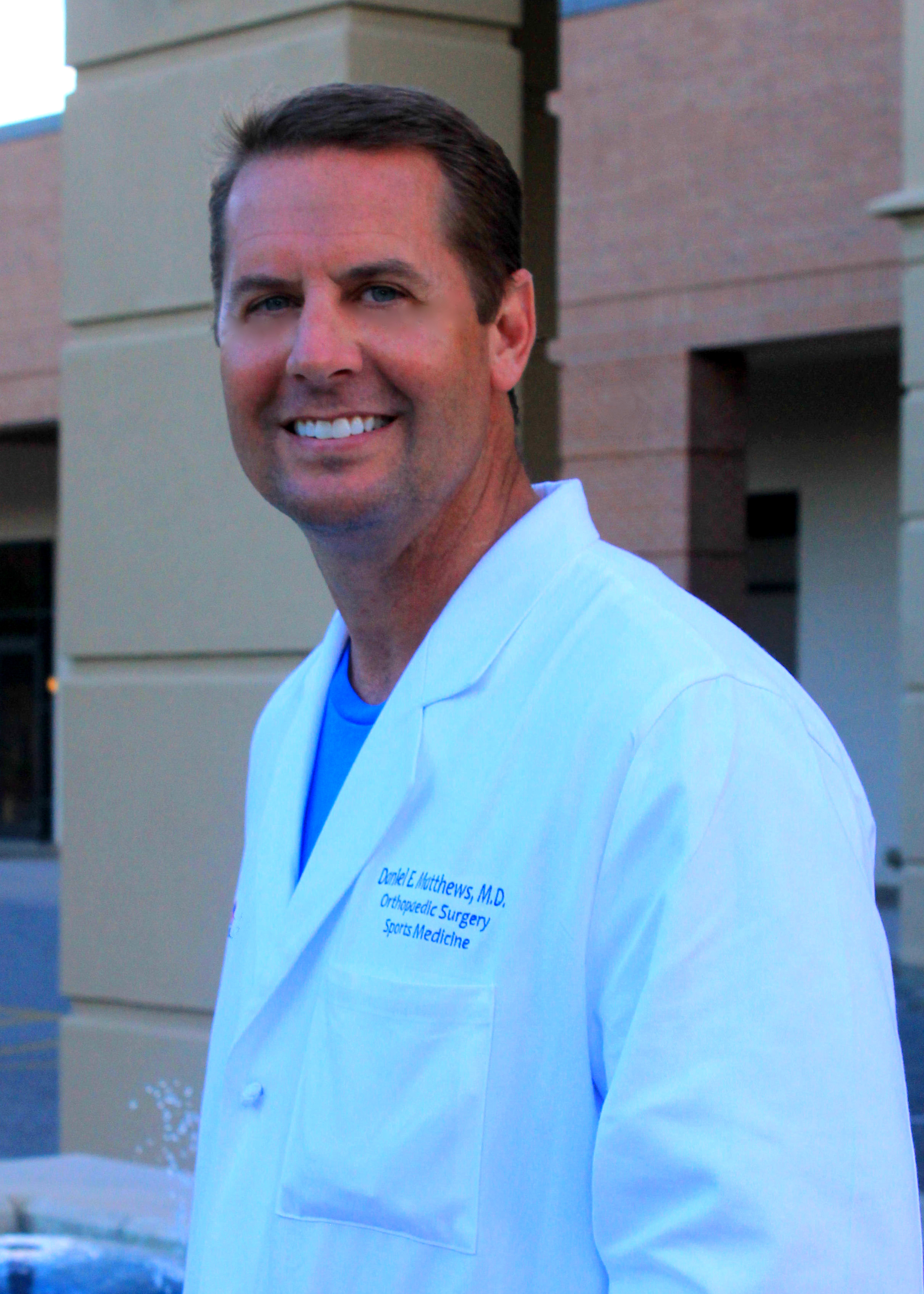 Dr. Daniel Matthews specializes in orthopedic surgery and Sports Medicine in Baldwin County, Alabama. Dr. Matthews' has 24 years experience as an MD. Dr. Matthews was born in Evansville, Indiana and received his undergraduate degree from The Citadel, where as a scholarship athlete he was twice named to the District 5 CoSIDA Academic All-American NCAA Division I Basketball Team. A Rhodes Scholar Nominee and Recipient of The American Legion Award his senior year, he continued his academic career in the study of medicine at The University of South Florida, School of Medicine. After graduation he completed his Orthopaedic Surgery Residency at the University of Mississippi Medical Center in Jackson, and an AO Fellowship in Bochum, Germany.

Dr. Matthews has published numerous articles and given more than 50 presentations at scientific meetings throughout the globe. He has extensive experience in treating the injured athlete and is very active in Sports Medicine both locally and nationally. He serves as one of the Team Physicians for the Annual Senior Bowl and has served as Team Physician for The University of South Alabama’s Baseball Team. Dr. Dan has served as Head Team Physician for the Faulkner State Community College athletic teams since 1998. He also serves as Head Team Physician for Spanish Fort High School and Bayside Academy as well as providing Orthopaedic consultation services for numerous local high schools in South Alabama. He is board certified and re-certified by the American Board of Orthopaedic Surgery and has received a Subspecialty Certification in Sports Medicine. He is a member of many professional organizations including the American College of Sports Medicine, The Arthroscopy Association of North America and the American Orthopaedic Society of Sports Medicine where he served as Chairman of the Sports Trauma and Overuse Prevention “STOP” Campaign. He has served as past President of the Christian Medical Ministry of South Alabama and is currently a board member for Fellowship of Christian Athletes (FCA). Dr. Dan spends considerable time with medical missions both locally and internationally. He has served with Samaritan's Purse, World Medical Missions and other international organizations serving at various locations in Haiti, Jamaica, Kenya and Ecuador.

Dr. Dan is an avid athlete today, still playing competitive basketball and golf. His greatest joy however is spending time with his family. He is married to his high school sweetheart Cathy, and they have two children, Jordan and Seth.